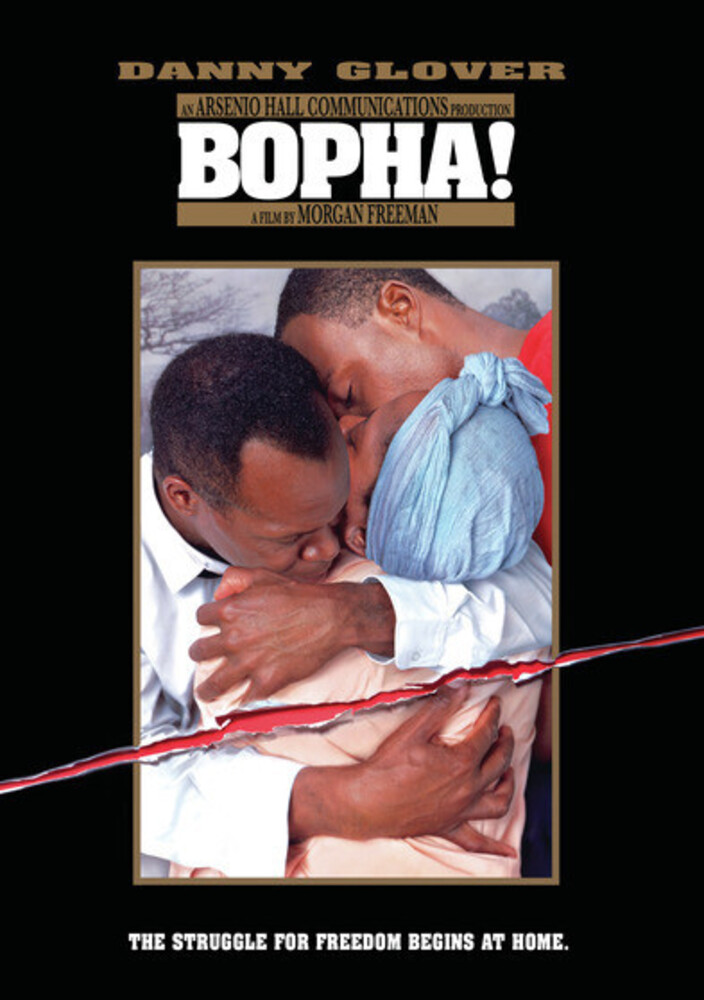 BACK ON DVD! Micah Mangena is sitting on a powder keg and doesn't know it. He's a sergeant in South Africa's police force, an unquestioning supporter of the powers that be. But the strife tearing at the fabric of 1980 South Africa is about to rip Micah's own world violently apart. His son is waking up to the fact that the system of apartheid is evil... and that Micah is part of that system. Danny Glover, Malcolm McDowell, Alfre Woodard and Marius Weyers lead an exceptional cast in Bopha!, Morgan Freeman's highly charged directorial debut. Bopha is a Zulu word meaning to arrest or to detain. For the oppressive regime, it's an act of empowerment. For the swelling crowds of activists, it's an outraged cry of protest, a cry who real-world impact is still felt today.