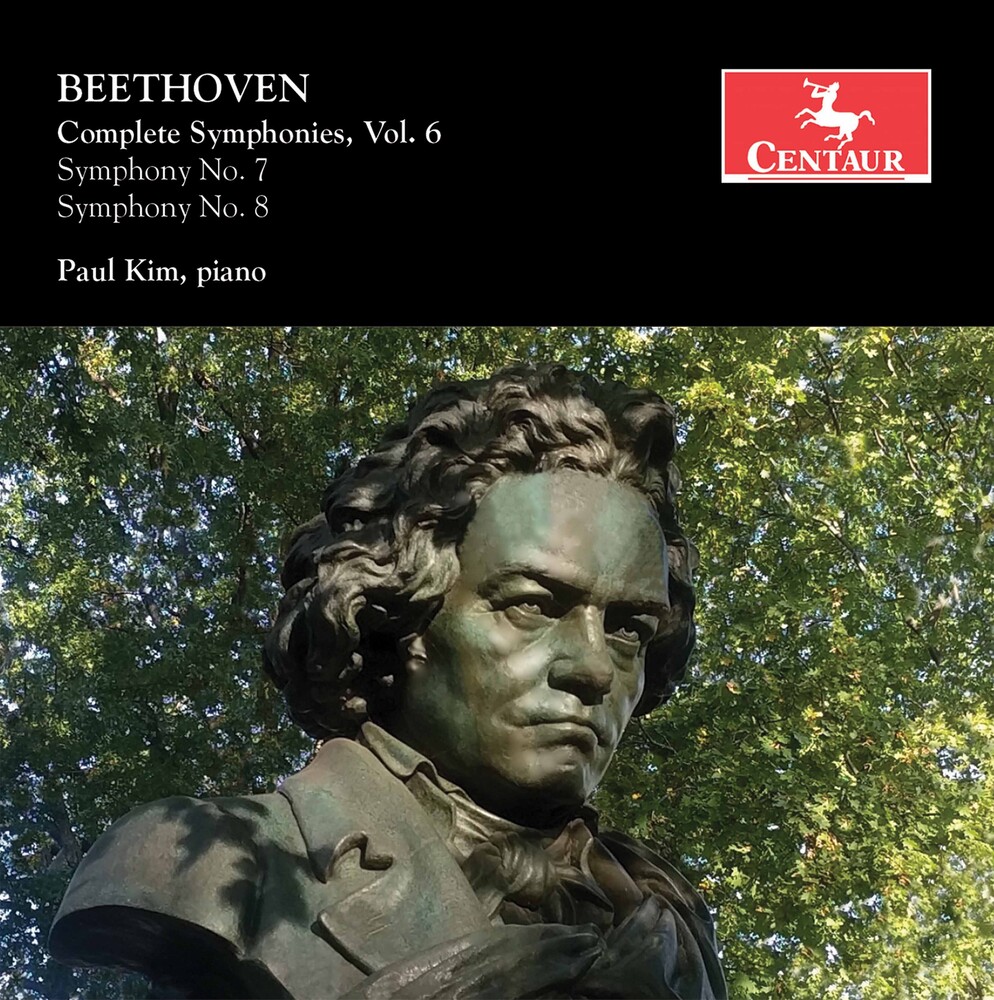 This is Volume 6 of the Beethoven Complete Symphonies, performed on piano by Paul Kim, in his own piano transcriptions. This album features Symphony No. 7 in A Major, Op. 92, and Symphony No. 8 in F Major, Op. 93. Paul Kim maintains a career that aims to bridge the pathways of performance, musicology, and education. As a recitalist, piano soloist and chamber musician, he has collaborated with many of the world's leading artists, orchestras, and conductors. Critics have noted his "brightest flashes of virtuosity and clear transparent quality" (The New York Times) as well as "his musical honesty and integrity, his very recognizable strength of character and personality" (Gramophone). He has been featured in interviews, articles, and television and film documentaries in such media outlets as Newsweek, The New Yorker, International Herald Tribune, PBS, NPR, CNN, and the BBC.
back to top