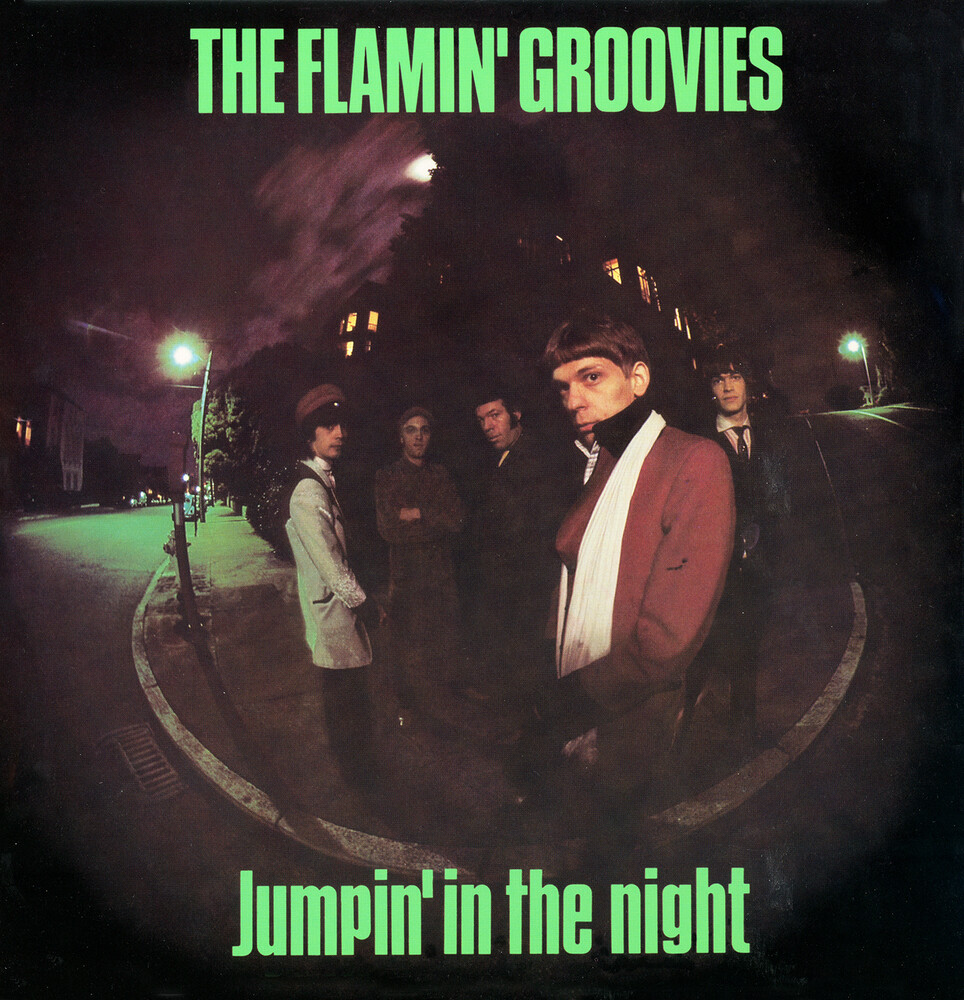 The third and last of the Flamin' Groovies late-'70s albums for Sire, Jumpin' in the Night storms out of the gate with the title song, a top-shelf rocker that brings the muscle of the Flamingo-era lineup of the Groovies to the more style-conscious British Invasion sonics of Cyril Jordan's version. Though Jumpin' in the Night never rocks that hard or that well again, it does sound decidedly tighter and tougher than 1978's Flamin' Groovies Now, and guitarist Mike Wilhelm, a new addition to the Now lineup, is much better integrated into their wall of guitars, with the Groovies sounding more solid than they did a year before. But while Jumpin' in the Night finds the Flamin' Groovies sounding better than ever, the material unfortunately let's them down. It's no wonder why the Flamin' Groovies loved the Byrds - both were American bands who fell in love with the sounds of British rock and crafted their own variation on the style - but three Byrds covers on this album is about two too many (especially given how clunky David Wright's drumming sounds on "5D"), and though having the Groovies tackle "Absolutely Sweet Marie" and "Please Please Me" sounds good on paper, the audible results are a bit underwhelming. (On the other hand, their cover of "Werewolves of London" is better than anyone had a right to expect.) The production and engineering by Roger Bechirian is crisp and flattering to the guitars, but lacks the resonance of Dave Edmunds' more layered approach on Shake Some Action and Now. A great band, the Flamin' Groovies often seemed to have a hard time reconciling their best qualities with the record-making process, and Jumpin' in the Night is probably the best example of this dilemma, though it has more than enough worthwhile moments to compensate.