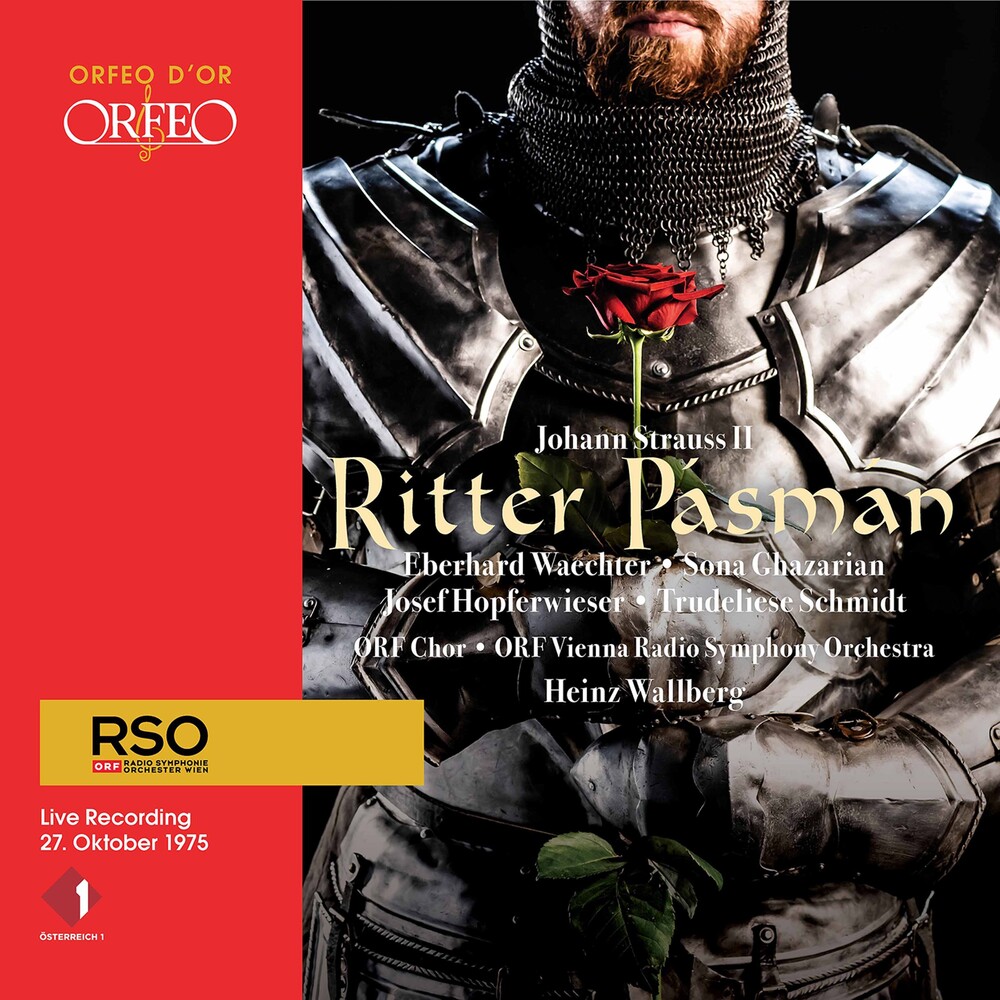 When the Court Opera Director Wilhelm Jahn commissioned the by no means unvain Johann Strauss Jr. To write a 'genuine' opera, he readily accepted. So, he wrote Ritter Pásmán, a work the Waltz King himself regarded as his only one in this genre, although the plot is basically like an operetta. The source was the narrative Pázmán lovag by the Hungarian writer János Aranyi (1817-1882). It deals with jealousy and a kind of tit-for-tat. The premiere of the comic opera at the Vienna Court Opera on New Year's Day 1892 was a major society event, but it's artistic success lagged somewhat behind. The reviewers of the premiere were distanced towards the work. On the one hand, they unanimously elevated the ballet music at the beginning of Act III to the status of an absolute masterpiece. (By the way, this was the first time that a cimbalom could be heard in the orchestra of the Court Opera). The present live recording was captured at the Vienna Musikverein on 27 October 1975, with the ORF Vienna Radio Symphony Orchestra under the baton of Heinz Wallberg, Eberhard Waechter as Ritter Pásmàn, Sona Ghazarian as Queen, Josef Hopfwieser as Hungarian King, and Truedeliese Schmidt as Eva as main cast. The recording includes the complete ballet music as bonus tracks, performed by the Slovac State Philharmonic Orchestra under the baton of Alfred Walter.