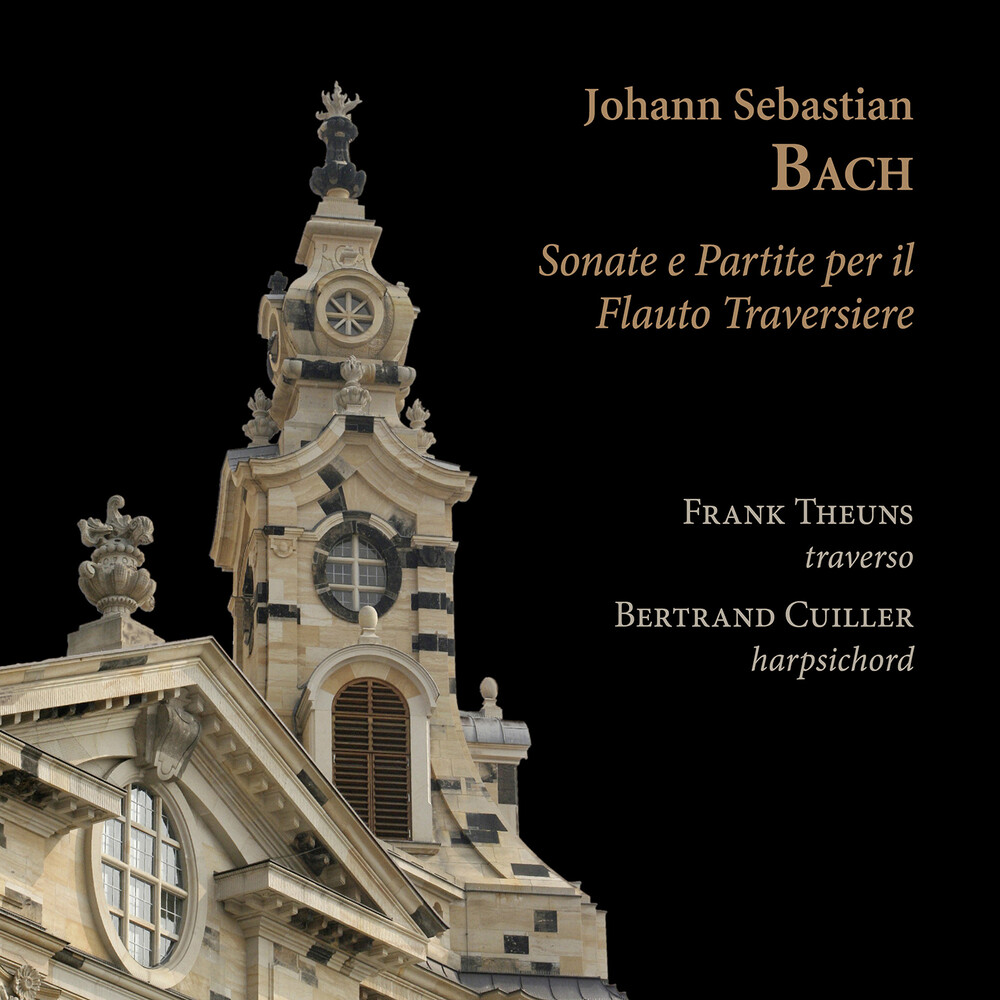 Unlike many of his contemporaries, Johann Sebastian Bach never intended to compose flute sonatas or partitas in sets of 6 or 12, as was customary at the time (and as he himself did for violin, cello and harpsichord). Bach's flute sonatas evolved over a roughly 30-year period between c.1717-1747 as he encountered the different types of flute in fashion at the time, and met several greatly skilled flautists. The question of which flautist and flute makers Bach may have known played a decisive role in choosing the program on this recording. In preparation, Frank Theuns compared and assessed the playing qualities of various early eighteenth-century flute types. Eventually, he decided on a copy of a flute made by Pierre Gabriel Buffardin. The balanced, brilliant, Italianate sound of this instrument was a perfect match for the demands of this repertoire. As well as being an unequalled flautist and an accomplished composer, Buffardin was also a renowned flute maker whom Bach may have met in Dresden in 1717.