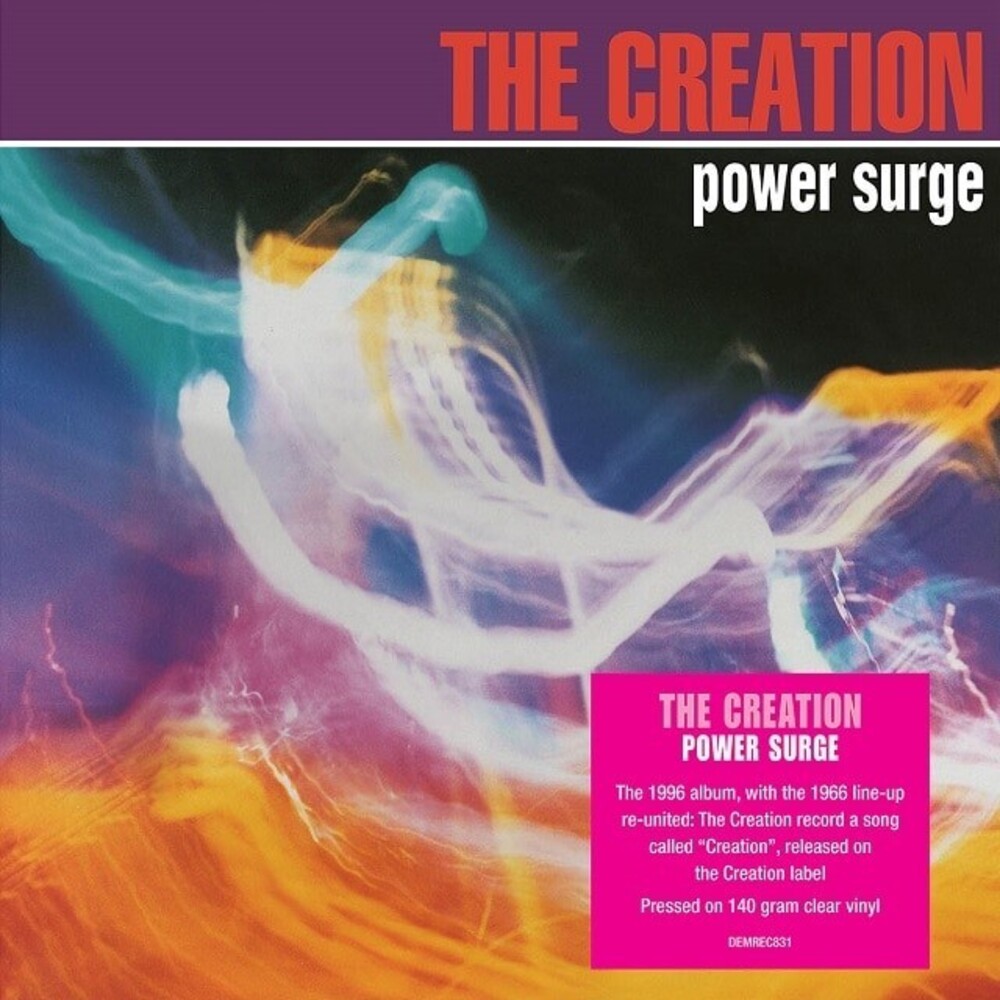 Limited clear vinyl LP pressing. The Creation was formed in 1966 from beat combo The Mark Four and was quickly signed to a production deal with Shel Talmy, The Who's producer. The first release was the urgent "Making Time", which featured guitarist Eddie Phillips playing his guitar with a violin bow, two years before Jimmy Page started doing so. Creation Records founder Alan McGee named his label after the band, and named his band Biff Bang Pow after one of their songs. So perhaps it was no surprise when in 1995 he came up with the idea of The Creation recording a song called "Creation" to be released on the Creation label. In the wake of reunion shows at The Mean Fiddler in 1993 and 1995, the original line-up re-convened, and the recordings expanded into an album. Power Surge was released in 1996.