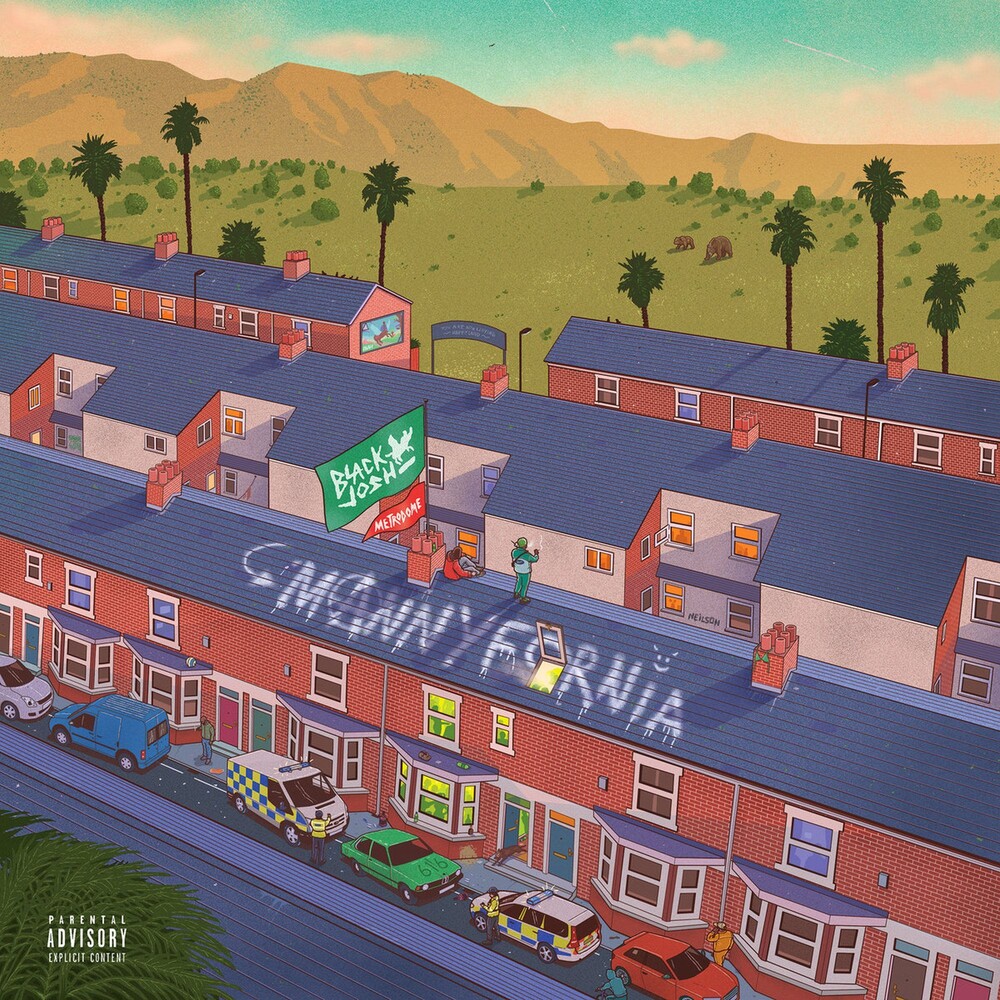 This is the soundtrack for the underbelly of the 'normal' everyone hunkers for and the exposure of a feral culture north of London, left of center. Coupling the precocious talents of Ruud a.k.a. Metrodome and Black Josh a.k.a YungSweglawd, the production of this album is one of finesse, artistry and cultural relevance. Ruud's record collection is a lavish cornucopia of the sounds and beats from the '70s to the '90's that drove real music. And Josh's helium lyrics and rhetorical dexterity meld the layers of sound and samples into one lethal weapon. If ever there was an album created for Lockdown of Generation With A Pulse, this is it. It's the M-funk incorporating multi-layered and melodic synthesizers, drugged out hypnotic and hallucinatory grooves, a subterraneal bass and R&B infused vocals. The extensive sampling of G-Funk, P-Funk, metal rock and 90s east coast jazz funk hip hop pulls out another level of intertextuality and molds new meaning out of tired cliché. The album is a bumper pack of 15 stellar productions 'Self-destruct' is reminiscent of 1993's Bay sounds: Souls of Mischief and Hieroglyphics. The eponymous track 'Mannyfornia' is indeed an ode to the core cultural influence of West Coast G-Funk, weed and road lifestyle - but also an introduction to the emergence of Manchester's own sound, culture and smoke. '2Bad' has the R&B harmonies and grooves of a Dillinger/NateDogg production while 'Localz' is the banging ballad of a sides-dweller. 'Wannit All' is the manifesto/style template of both Josh and Ruud: 'Get rich or clap iron', it's vicious lyrics patterning over loops and reappropriated 90's east coast jazzfunk like de la Soul and A Tribe Called Quest. 'Middle Finger', the most popular download to date features Josh's rapid fire delivery, a helium squeak precise artillery, tight phrasing bouncing over taut beats and slugged-out bass. 'Endz' and 'Therapy' s horns and loops are just two of the tunes for the ladies and 'Pretty Faces' is the hallucination of hip hop pre-Covid. 'Skruff' sounds out as the celebratory feral war cry of the elemental Josh over a raucous rhythm, wrapping up an album that shows his fearlessness in ripping up his own rule book to create something fresh and fierce. If you liked YungSweglawd, you still may not be ready for this. Maybe Lockdown is the perfect context for this aural hallucination of the maddest, wildest Manny party you could never imagine alone.