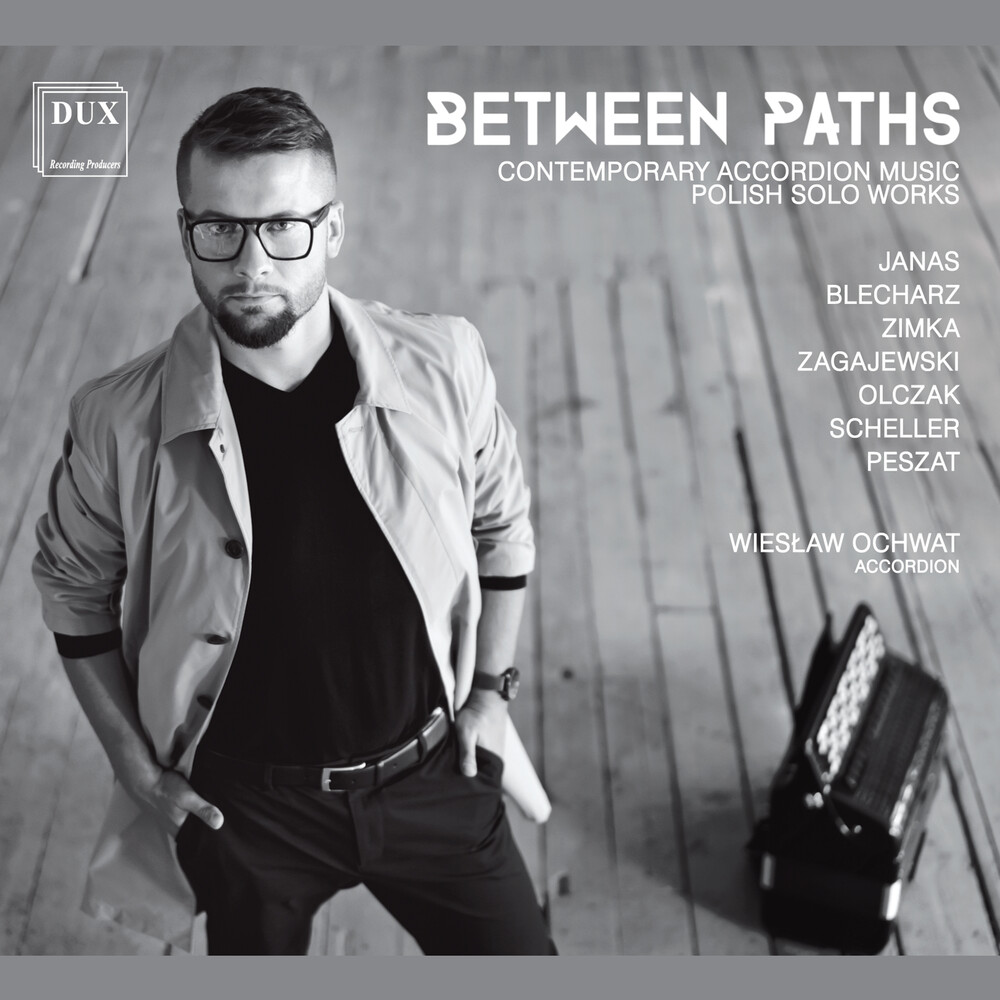 "Performing musical pieces belonging to modern music in a broad sense is an inseparable part of the musical path of every "classically" educated accordionist. The reason is the short history of the instrument and it's dedicated literature, which originated not sooner than in the first part of 20th century. It has to be emphasized that the most important works were created in the second part of the century and the number of them has been still increasing. The most important instrument development has taken place due to them and they are the basis of the repertoire of the majority of modern performers... The album Between Paths is the outcome of several years of my research regarding Polish solo literature which originated in recent years. The motivation of my research was my doctoral studies at the Music Academy in Cracow. The knowledge I have gathered as well as my cooperation with composers have enabled me to gain valuable material in the form of seven compositions for the accordion solo or accompanied by electronic media, showing new and fresh aspects of the accordion, which is mostly unknown." (Wieslaw Ochwat)