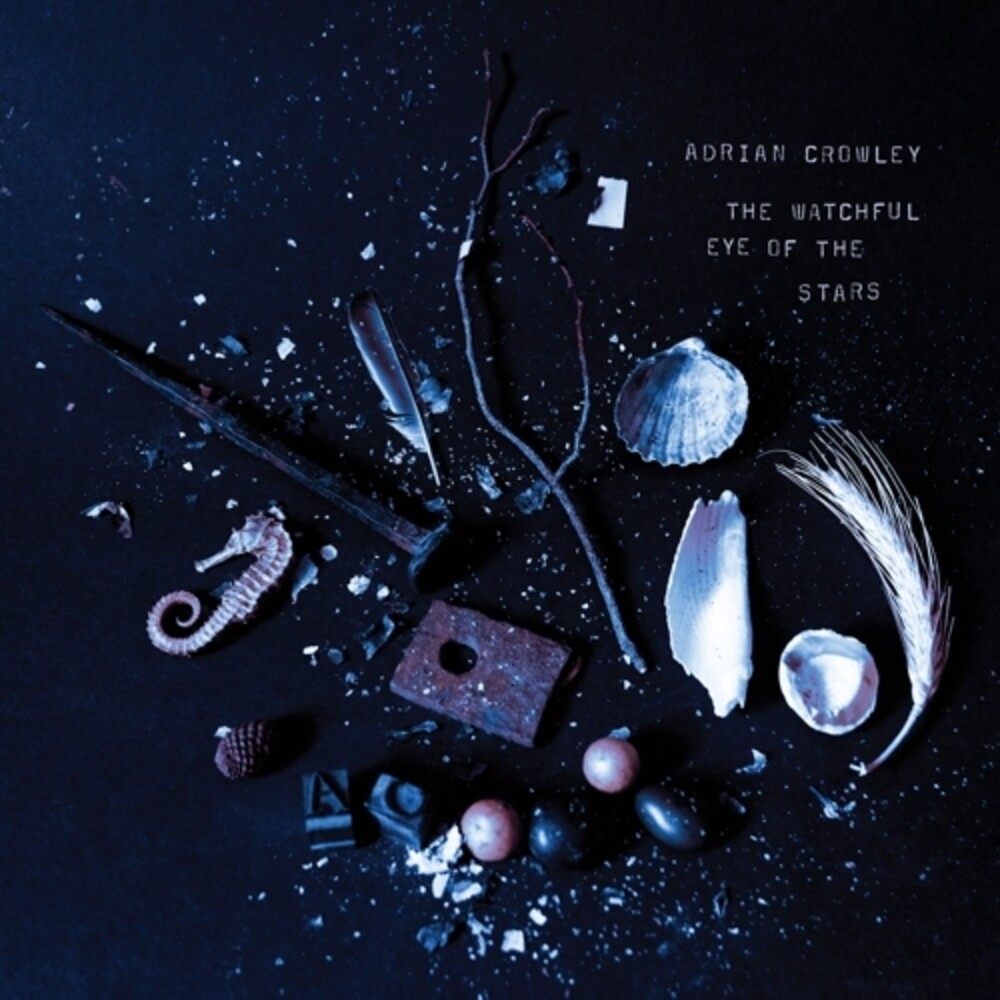 One stormy night in Ireland, Adrian Crowley's brother brought home a wounded crow. After taking care of it for a time, the crow flew away on it's own, leaving an impression behind: Crowley wrote a story, which would later become the aptly titled "Crow Song" on this, his brand new record and ninth studio album The Watchful Eye Of The Stars. Suffused with a hazy and surreal quality, Crowley describes Watchful Eye's poignant narratives as those which insisted themselves upon him. After the fact, it seemed these songs came to him more or less fully formed. "It's a beautiful and mysterious thing," he says. Perhaps it is a tendency to hold onto memories that allows him to unleash them lyrically in completion. For Crowley, the creative process is an organic event rather than a practice he feels compelled to regulate or control. He approaches lyrics much like he does short story writing. In making the album, Crowley moved between studio and at home recording, while John Parish (Aldous Harding, PJ Harvey) produced. The pair worked from tracks made initially by Crowley on a charity shop 3/4 size nylon string guitar or Mellotron: "In this way, John wanted to keep some of the magic of that first take", says Crowley. Contradictions and complexities are left intact, initial recordings were limited to one or two takes, and the songs feel more like a dream recounted upon waking. These raw beginnings were then fleshed out more in the studio with Parish and additional musicians. Jim Barr of Portishead contributed double bass and was brought in to engineer parts of Watchful Eye in Bristol. Parish himself contributed instrumentation as well, his signature sense of drama lending Crowley's work a new edge overall without disrupting it's minimalism. Having members of Crash Ensemble in Dublin to record for only a few days' time, Crowley recalls staying up all night to write string parts for "Northbound Stowaway," which was recorded the following morning. Final track "Take Me Driving" opens with an arpeggiation, then unfolds into a swaying, melancholy outro. It highlights Crowley's skill at transforming a quiet, repeated phrase into something magnificent, mysterious, and wholly captivating-a story. Crowley leaves the listener here in his world, driving in a car with a flighty companion, unsure of where they're going, but continuing nonetheless as he steps out the passenger side.