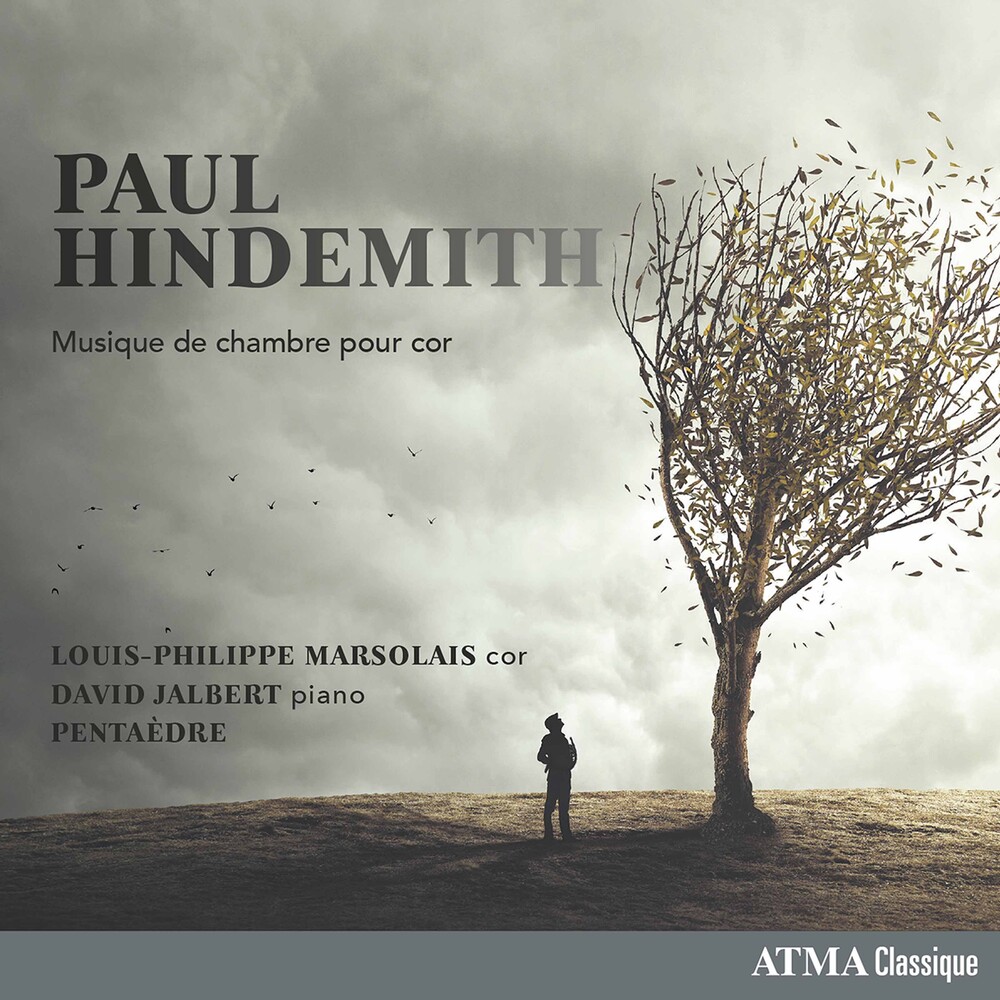 Horn player Louis-Philippe Marsolais devotes an entire album to chamber music for horn by German composer Paul Hindemith (1895-1963). He is joined by pianist David Jalbert, Pentaèdre wind ensemble, and horn players from the National Arts Centre Orchestra in Ottawa. Paul Hindemith (1895-1963), an avant-garde composer, remarkable violinist and violist, conductor, and outstanding theorist and pedagogue of the beginning of the 20th century, is one of the key figures in music of the interwar period. At times calm and introspective or complex and tumultuous, his always riveting music is nowadays too seldom performed; an unfortunate reality that has given birth to this recording project honoring the music for horn by one of the most prodigious composers of the 20th century.