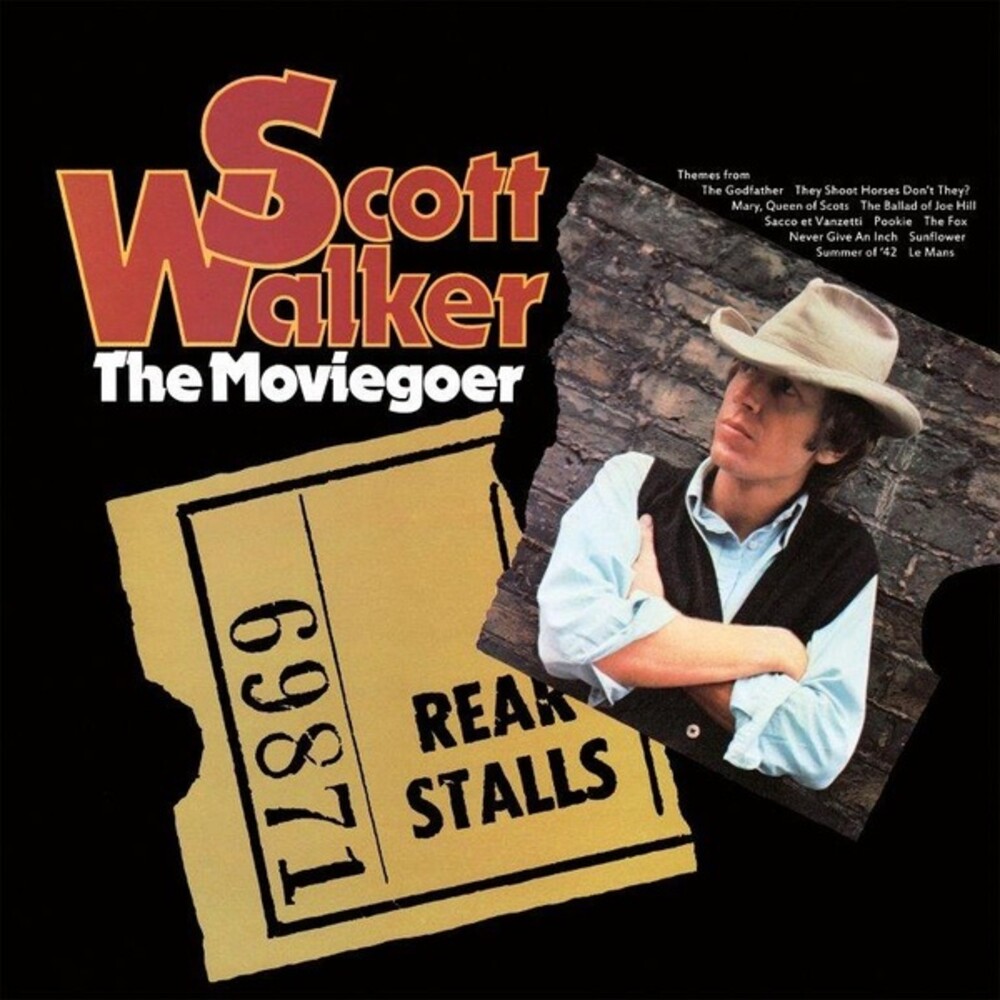 Vinyl LP pressing. Pleasure For Music reissues Scott Walker's The Moviegoer, originally released in 1972. Produced in summer 1972 and released in autumn of the same year by Phillips Records, this is one of the most obscure and controversial albums in Scott Walker's discography. The album was poorly received by critics and if we exclude a 1975 reissue on Contour Label, it has since been deleted till this very welcomed re-release. The Moviegoer is a declared journey through pop arrangements of iconic film music themes. The album includes mainstream oriented versions of classic themes like Nino Rota's love theme from the Godfather, Lalo Schifrin's theme from The Fox, Michel Legrand's theme from "Summer of 42", and Baez / Morricone's anthemic song from Sacco and Vanzetti.