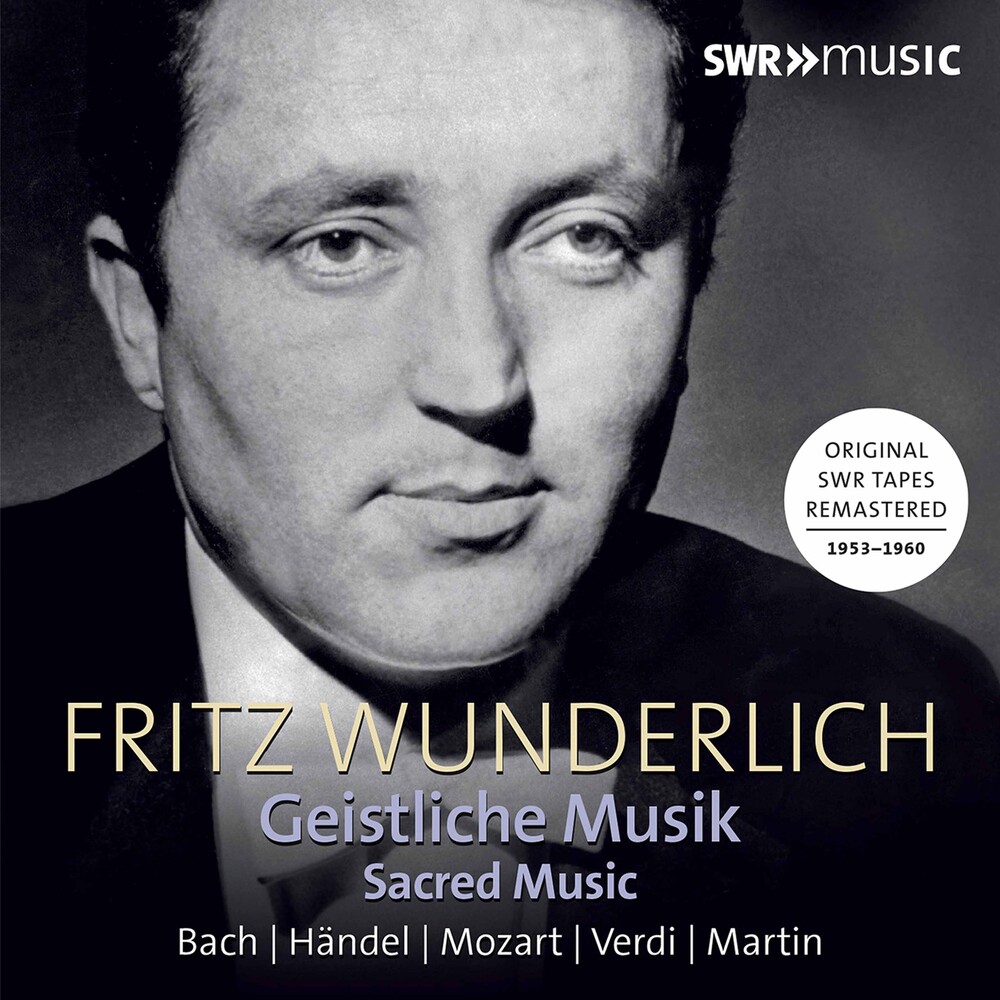 Stories about Wunderlich's meteoric rise to success, his incredibly heavy workload or his seemingly effortless acquisition of new repertoire have been told again and again - sometimes painting an idealized and sometimes a distorted picture of the artist. The nine installments of the SWR retrospective that have been released by SWR CLASSIC to this day feature Fritz Wunderlich as a singer of songs, (an unequalled) Mozart tenor, a brilliant interpreter of the greatest tenor hits, a fascinating singer of operettas and as a tasteful interpreter of light music, to name but a few of the genres that made up his repertoire. Though Fritz Wunderlich remains until today a widely appreciated and admired singer, there are some facets to his artistic side that are still relatively unknown. The tenth and last installment presents Fritz Wunderlich as an interpreter of the big works of sacred music, an aspect that has to be considered as an essential part of his artistic profile.