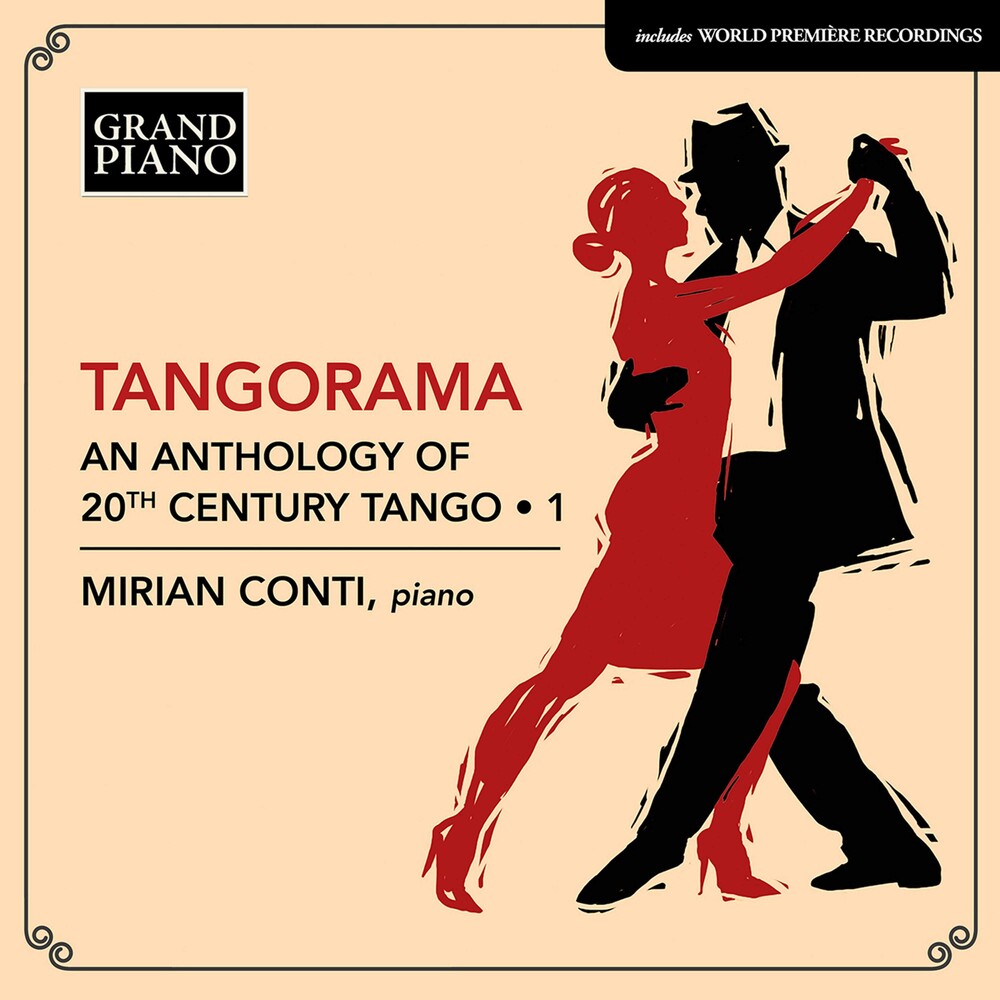 This panoramic survey of Argentine tangos shows the genre in all it's rich variety of moods and virtuosity. It salutes Angel Villoldo, the father of tango, whose El choclo ('The Corncob') is one of the most famous tangos of all time, and charts the music's evolution towards the romanticism and lush harmonies of Augustín Bardi. Improvisatory styles, syncopation and jazz harmonies were introduced by such great composers as José Pascual and Orlando Goñi, whilst Enrique Francini developed his personal qualities of dissonance and rhythmic flair into the 1960s. This survey is the first in a series that will document around one hundred rare and classic tangos, all performed by the Argentine pianist Mirian Conti. Argentine-American concert pianist MIRIAN CONTI's recording output and international concerts have garnered praise and awards. In recognition of her extraordinary talent, a scholarship honouring Conti was established at The Juilliard School by the Edwin Bachman Estate. Conti was awarded the Albéniz Medal for her performance of the complete Iberia in Camprodon, Spain. Her most recent recording on Grand Piano, recorded at Yamaha Studios, features the solo piano music of Lalo Schifrin, the internationally renowned composer of classical, film and television scores. Conti is the editor of Schifrin's published scores by Keiser Music Publishing. She has appeared worldwide as a soloist and with many orchestras in Europe, Asia, Africa, South and Central America, Canada, and throughout the United States. Mirian Conti is an official Yamaha Artist and Yamaha Master.