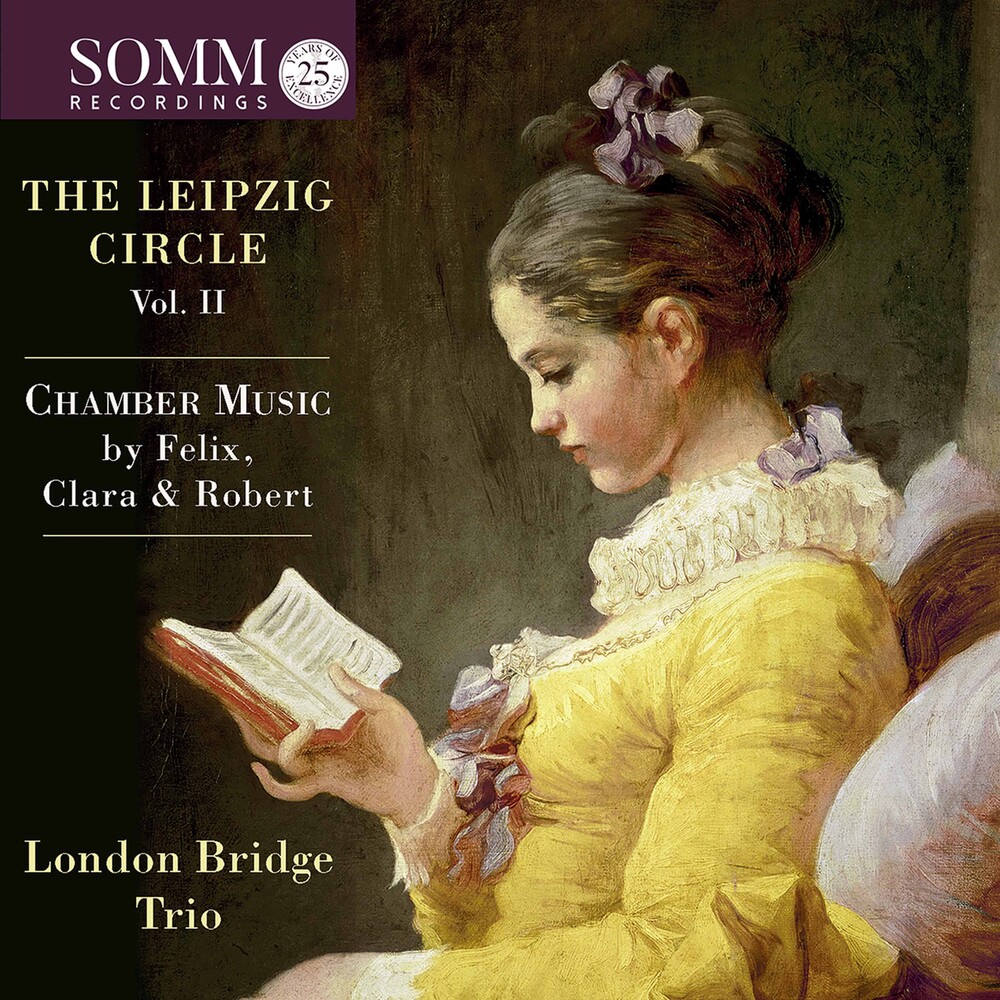 SOMM Recordings is pleased to announce the second volume in the London Bridge Trio's revealing exploration, recorded live, of the influential musical fraternity known as The Leipzig Circle. Delving deeper into the coterie that coalesced around the husband-and- wife composers Robert and Clara Schumann as Leipzig flourished into becoming the centre of European music making in the 1840s. Composed soon after his 30th birthday, Felix Mendelssohn's Piano Trio No.1 in D minor (Op.49) is, says Robert Matthew-Walker in his informative booklet notes, one of the composer's "greatest chamber music compositions... a fine and trenchant work, revealing his genius at getting the utmost definition and detail from a small group of instruments". Clara Schumann's Op.17 Piano Trio in G minor elegantly shows off her own admired facility at the keyboard as well as her gift for composing music that "shows no little originality and a charm of melody which is all her own". From the beginning of what was to prove to be his late period, Robert Schumann's F major Second Piano Trio (Op.80) moves from episodes of intense melancholy to Spring-fresh lightness to conclude with an engrossing discussion between all three instruments. Here, says Matthew- Walker, "is Schumann at his most endearingly human, the quintessence of Romanticism from a demonstrably original great composer". The Leipzig Circle, Volume I (SOMMCD 0199) was hailed by The Telegraph as "a total delight" while Gramophone admired the London Bridge Trio's "playing of sensitivity and conviction" and concluded "there's a lot here to enjoy".