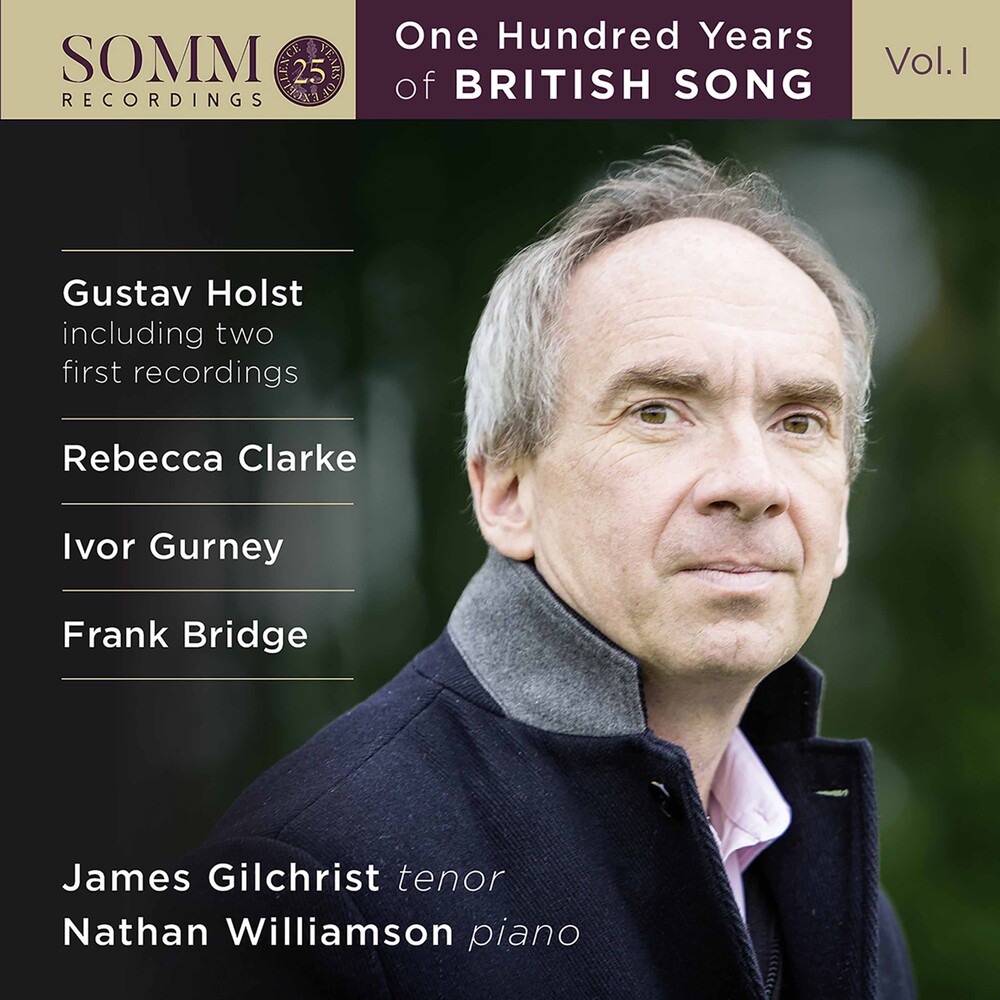 SOMM Recordings launches a revealing three-volume survey of One Hundred Years of British Song with tenor James Gilchrist and pianist Nathan Williamson. Compiled to reflect the rich variety of British song, Volume 1 throws a spotlight on composers who made a considerable contribution to the song repertoire but whose success in other genres often led to their songs being overlooked. All four featured composers - Gustav Holst, Rebecca Clarke, Ivor Gurney and Frank Bridge - were born in the late 1800s and lived through the horrors of the First World War and the extraordinary social, cultural and political upheaval that followed. Two songs by Holst - the liturgically-accented A Vigil of Pentecost and folk- infused The Ballad of Hunting Knowe - receive first recordings. Songs from Holst's Twelve Humbert Wolfe Songs are also heard alongside Clarke's macabre setting of AE Housman's Eight O'Clock and John Masefield's The Seal Man, which Williamson describes in his informative booklet notes as "one of the most thrilling English songs in the repertoire". Also featured are Ivor Gurney's powerful and poignant Snow and Sleep and his affecting treatment of WB Yeats' Down by the Salley Gardens together with Four Songs by Frank Bridge including three romantically heightened settings of Rabindranath Tagore and the deeply moving, lullaby-like Journey's End to a text by Humbert Wolfe.