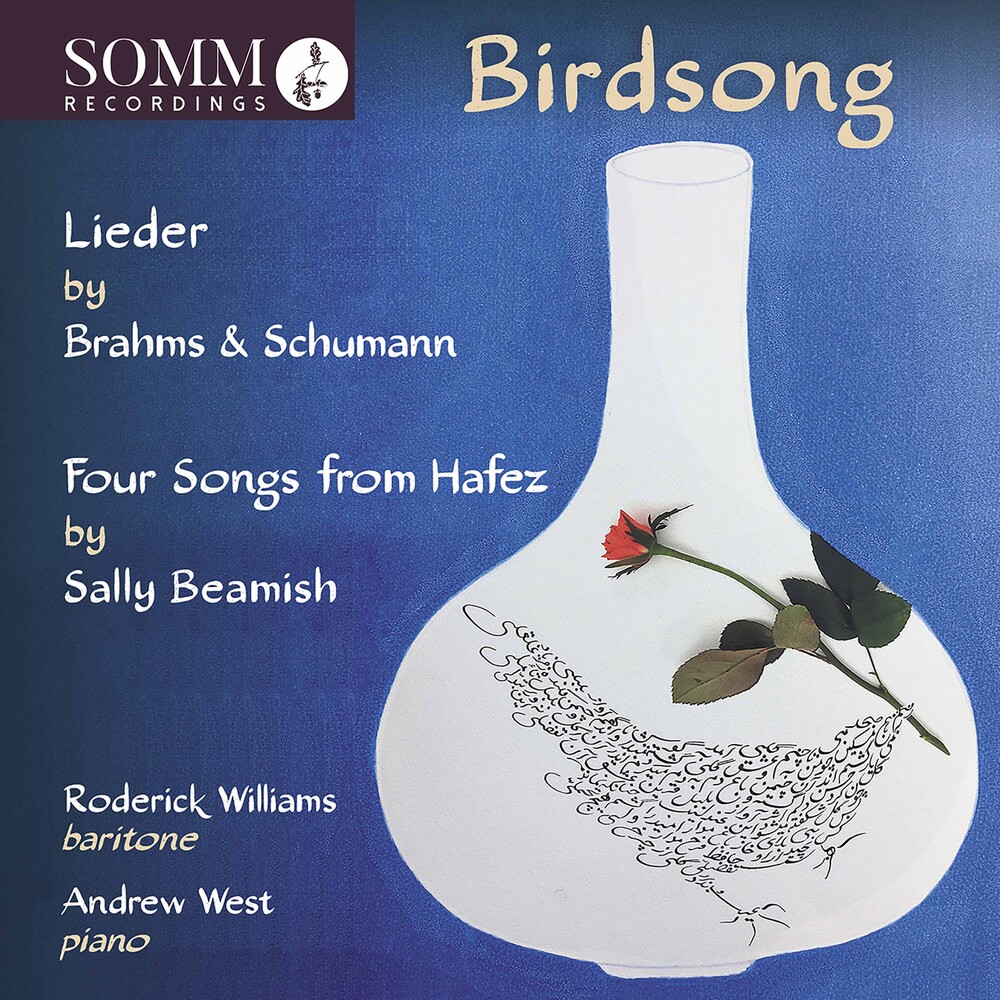 SOMM Recordings is pleased to announce Birdsong, a fascinating cross-gender exploration of art songs associated with the female voice by baritone Roderick Williams, accompanied by pianist Andrew West. The recital features signature songs from the height of Romanticism by Brahms and Clara and Robert Schumann alongside a more recent quartet of sensuous songs by Sally Beamish. In his revealing foreword, Williams recalls having his choice of Brahms's Sapphische Ode refused by competition organizers because it was "a woman's song". Returning recently to the work prompted him to question why some songs are considered gender specific. Birdsong is his response. In his informative booklet notes, Richard Stokes notes that Brahms's songs "betrays his own essentially melancholic nature" and his difficulty in "sustaining emotional relationships with the women in his life". His nine songs here include the bittersweet An die Nachtigall, the moving innocent ardency of Das MĂ¤dchen spricht and the quiet, earnest longing of Sapphische Ode. Clara Schumann's Liebst du um SchĂ¶nheit provides an authentic female perspective on courtship, as does Sally Beamish's Four Songs from Hafez (for which she provides her own notes), taking inspiration from the Iranian-born, Glasgow-based Jila Peacock's evocative translations and artistic rendering of the 14th-century Persian Sufi poet's texts. An intimate exploration of a young woman's feelings towards an older man of higher birth, Robert Schumann's Frauenliebe und-leben acquires new facets when heard in Williams' characterful baritone.
back to top