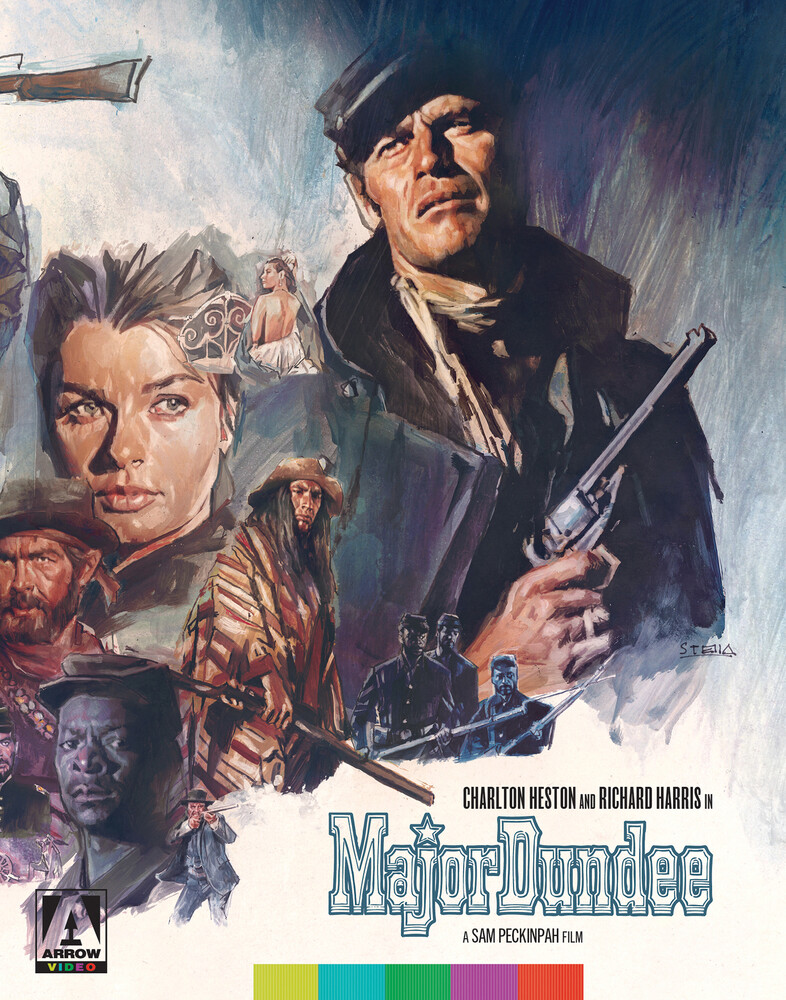 After making his first bonafide classic in Ride the High Country, director Sam Peckinpah took a step towards the epic with Major Dundee. The film would, in many ways, define the rest of his career both on screen and off, as the drama behind the camera matched the action in front of it.Charlton Heston stars as Major Amos Dundee, a vainglorious Union Cavalry officer, who mounts an expedition to hunt down Apache war chief Sierra Charriba. Building his own army of criminals, ex-slaves and Confederate POWs - among them one Captain Ben Tyreen (Richard Harris), whose intense former friendship with Dundee is tainted with a sense of betrayal on both sides - Dundee heads into Mexico, his eye fixed firmly on a last shot at greatness.Legendarily acerbic, Major Dundee would be the first time that Peckinpah had a movie taken away from him. While a director's cut may be lost to us, this Limited Edition shows us the thrilling, morally complex epic that Peckinpah was aiming for. Beautifully shot and with a stellar supporting cast including James Coburn, Warren Oates, and L.Q. Jones, it remains a stunning achievement and an essential experience for anyone interested in the life and cinema of "Bloody Sam."Media
back to top