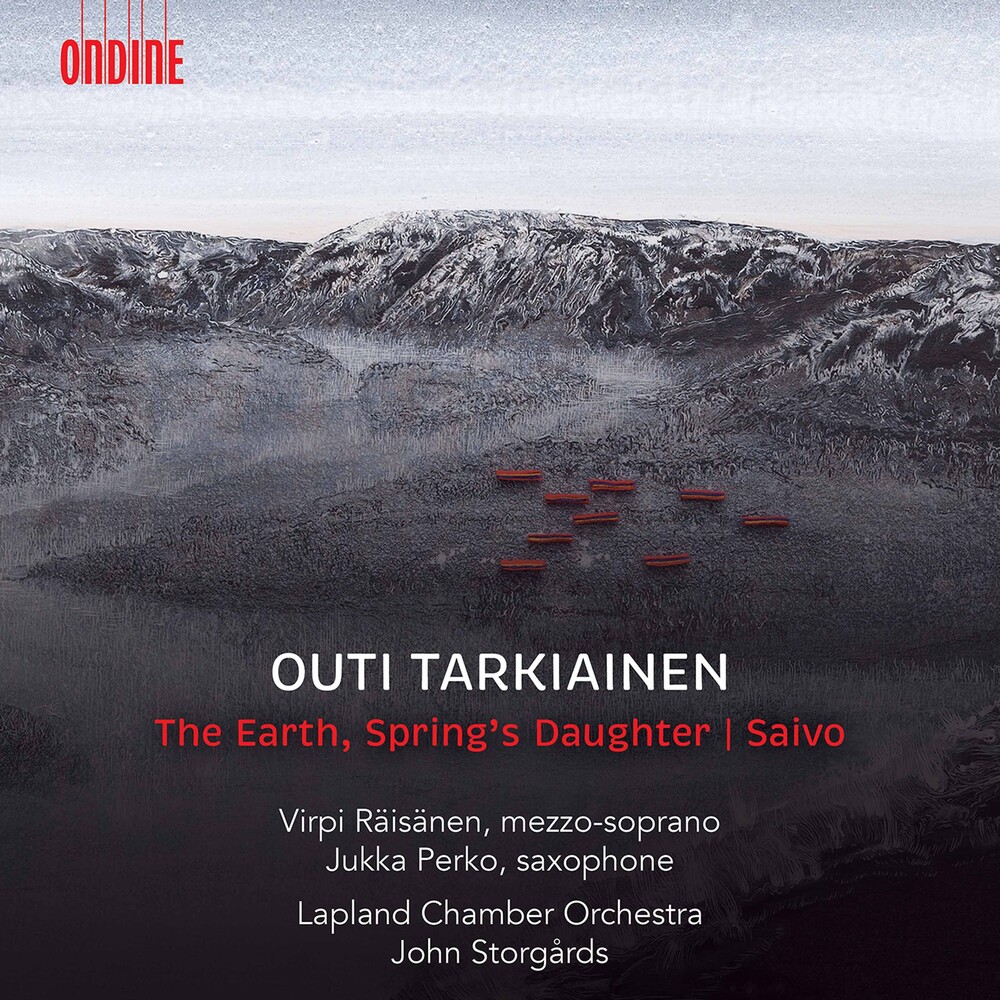 This new album by Lapland Chamber Orchestra conducted by John StorgĂĄrds is dedicated to works by one of the most exciting Finnish composers of her generation, Outi Tarkiainen (b. 1985). This album, first of it's kind with Tarkiainen's orchestral works, includes two works with mezzo-soprano Virpi RĂ¤isĂ¤nen and saxophonist Jukka Perko as soloists. Tarkiainen has quickly risen to Finland's contemporary music scene and her works have already been performed by the BBC Philharmonic (an orchestral work by her was premiered at the BBC Proms in 2019) and by several North American and Nordic symphony orchestras, including the Finnish Radio Symphony Orchestra, Iceland Symphony Orchestra and the Detroit Symphony Orchestra. Tarkiainen has written several works that are strongly connected to the Northern landscape of Lapland and the culture of it's SĂˇmi habitants. The song cycle The Earth, Spring's Daughter is based on texts by SĂˇmi writers and also her saxophone concerto Saivo, is based on SĂˇmi mythology.