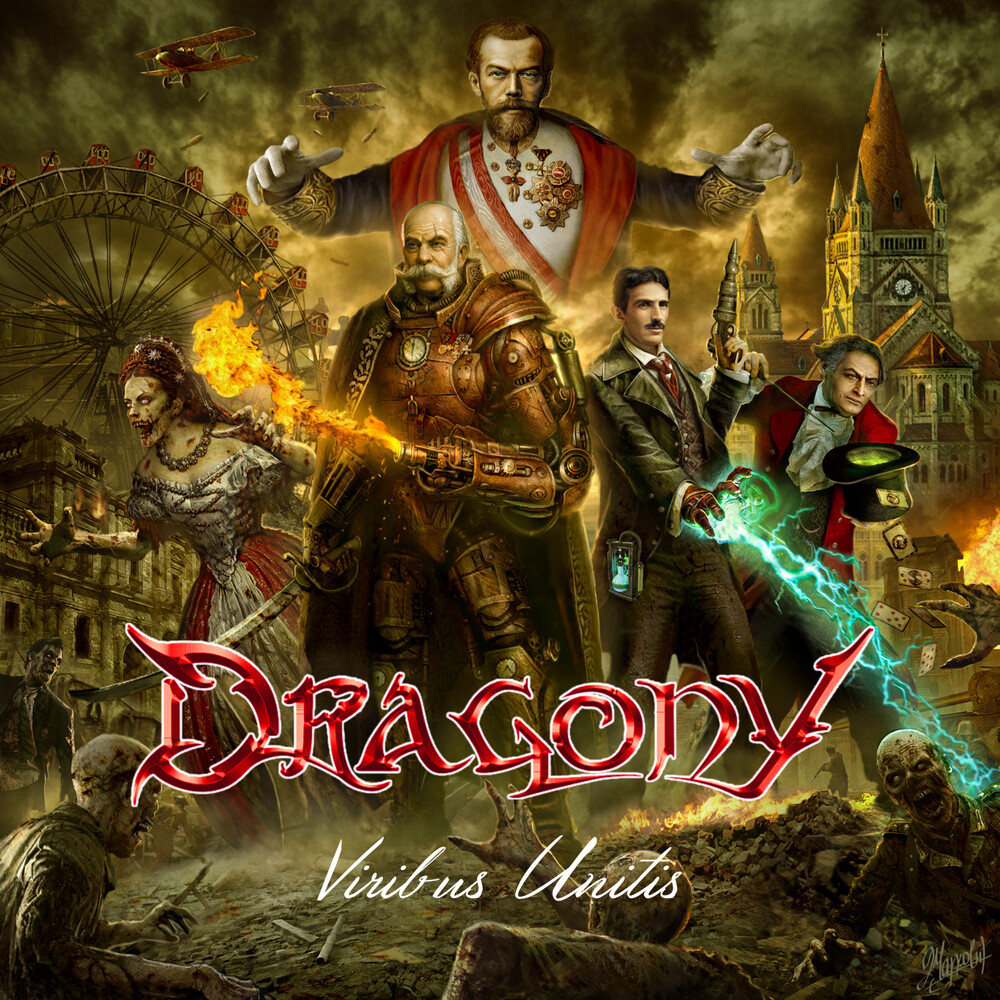 We return to the days when Austria was ruled by emperor Franz Joseph and his wife, empress Sisi. But forget everything you've heard and read so far! According to Austrian symphonic power metal heroes Dragony and their brand new record Viribus Unitis, the history of their home country took a completely different turn. What really happened at the time of the last Habsburg ruler of Austria, his wife and their son, the troubled Archduke Rudolf, is revealed by the symphonic power metal six-piece on their fourth full-length Viribus Unitis. Let's clear the assumption that Rudolph died after trying to take his life at castle Mayerling in 1889. No way! Instead, after his mother Sisi is assassinated in 1898 in Switzerland, he subsequently gets in contact with dark powers which, driven by his desire to be with her again, make him turn to black magic and demonology. Now history takes it's true (!) course. There are not only zombies and cyper-punks lurking, Dragony also managed to prove further entanglements of well-known personalities you might never imagine... Founded in 2007 and after releasing three studio records, with Viribus Unitis, Dragony return to their rock opera roots, following up on the conceptual approach of the debut album Legends. For their exciting adventure cemented in their upcoming full length, the Austrians around former Visions Of Atlantis singer Siegried Samer were supported by well-known colleagues like Tommy Johansson (Sabaton), Tomas Svedin (Symphony Of Tragedy), Michele Guaitoli (Visions Of Atlantis) and Georg Neuhauser (Serenity) - just to name a selection. Mixing and mastering Viribus Unitis was done by Sebastian "Seeb" Levermanm of Orden Ogan in his Greenman Studios in Germany. Could Dragony's re-writing of history mark a new revelation of hidden truths previously shrouded in fantasy, or, perhaps it was all a dream? Only Viribus Unitis tells all!