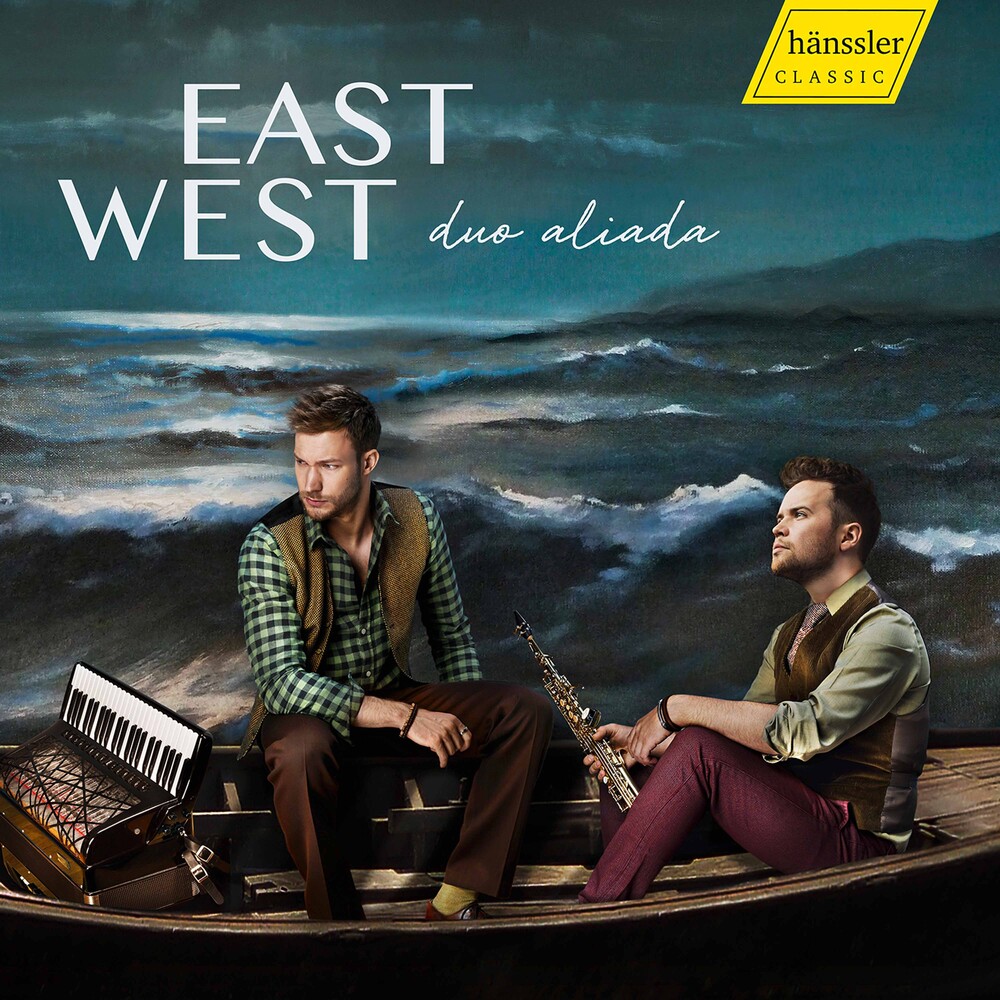 East West explores musical landscapes from the European and American parts of the globe, resulting in a kind of travel journal that begins in Eastern Europe and then travels westward Duo Aliada is known for their creative approach to adapting classical repertoire for their own instruments. Polish saxophonist Michal Knot and Serbian accordionist Bogdan Laketic formed the duo in 2013 in Vienna, a city whose rich musical tradition reflects it's history as a crossroads between Eastern and Western Europe. The following years brought Michal and Bogdan to performances around the world, and into contact with various cultures and musical traditions. This wide range of experiences, beginning all the way back with their childhoods in Eastern Europe, is a major source of inspiration for their music making and for this album.