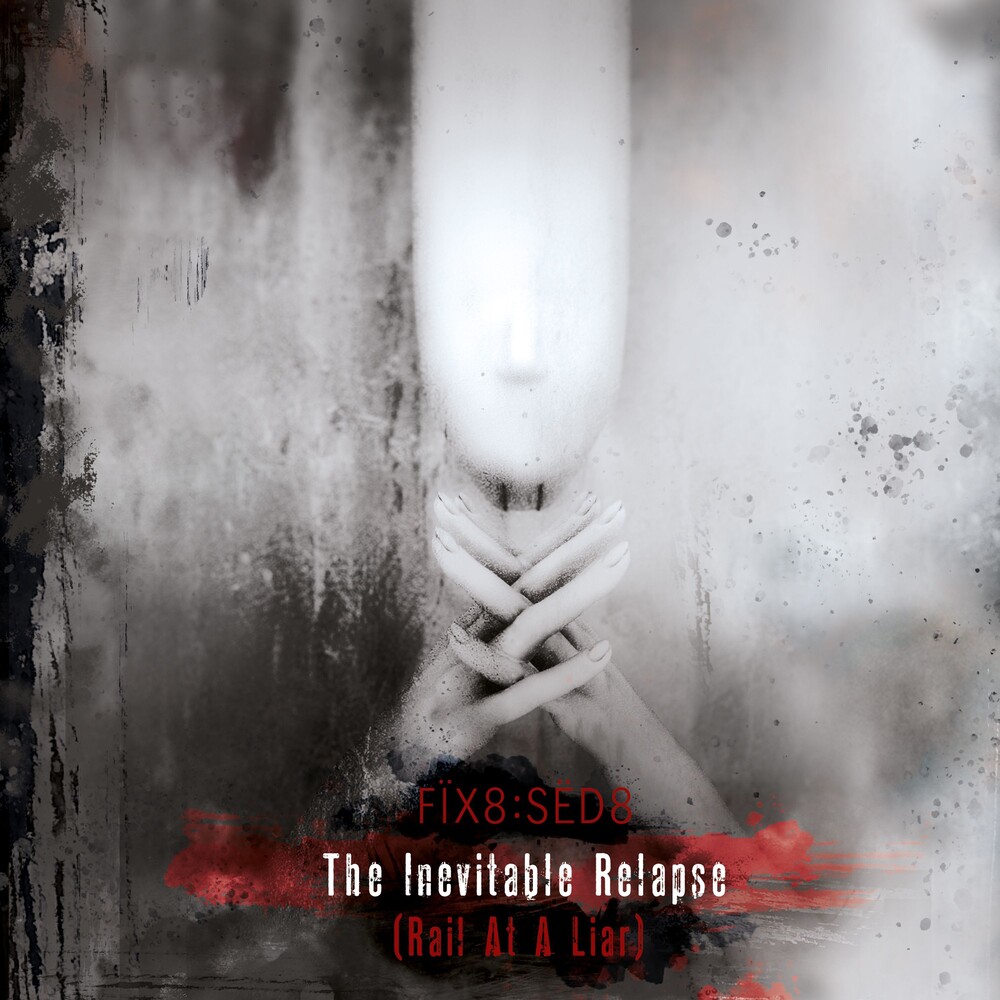 With their fifth album "The Inevitable Relapse", their third for Dependent, Fïx8: Sëd8 are taking the final step from a band with a huge buzz to an established force within the electro industrial scene. The band's name is derived from the psychiatric terms "fixated/sedated". "The Inevitable Relapse" may be taken as a nearly prophetical title as the album has been conceived for the most part during the global pandemic. On a musical level, mastermind Martin Sane stays true to the course, he charted with the successful predecessors "Foren6" (2017) and "Warning Signs" (2019). Under the obvious influence of Canadian cult acts such as SKINNY PUPPY and FRONT LINE ASSEMBLY, the Hessian has developed his own inimitable style, which is oscillating between dark electronics and catchy passages. Fïx8: Sëd8 have established their own soundscapes by continuously moving away from their musical paragons, which resembles the development of artistic soulmates such as MENTALLO & THE FIXER and HAUJOBB. This becomes evidently clear in the unerring songwriting as well as on production-side, which is nearly equally important in the electronic genre. The upward trend with each new album is also reflected on "The Inevitable Relapse", which is made abundantly clear by crushing tracks such as 'Prognosis' and 'Unknown to Virtue' as well as more complex and darker pieces of the 'Human Harvest' brand. On top of this, PYRROLINE thought leader Arnte has contributed with his keen skills to the production and mix. The steady rise of Fïx8: Sëd8 is mirrored in the sold-out editions of their latest releases that were flying from the shelves before those albums even hit the stores as well as in climbing up the running orders of festivals and on the road. The state of the pandemic allowing, the Germans have already been booked by prestigious events such as the upcoming Wave Gothik Treffen in Leipzig and the E-Tropolis Festival. The limited edition of "The Inevitable Relapse" contains an lavish 36-page hardcover artbook, which includes the bonus CD "Rail at a Liar". The latter features current acts such as CRYO, 2ND FACE, ANMISTIA, and MILDREDA revealing their perspective on "The Inevitable Relapse" through thrilling cover-versions. Despite the extended self-isolation during the pandemic, Martin Sane proves to be an outstanding networker motivating his fellow artist to peak performances. 2CD hardcover book (7 inc format, 36 pages) incl. Additional artwork, liner notes and bonus CD with full album covered by other artists, limited to 666 handnumbered copies.